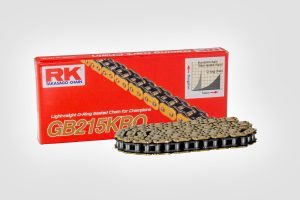 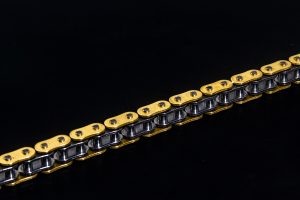 GB215KRO (Gold) is approx 20% lighter than RK 219KRO series (subject to the nearest gear ratio), with a 7.0mm pitch making Roundness of Rotation closer to the true circle, which improves the power transmission efficiency with less friction.
It expands the option to have a more precise gear ratio, which is one of the secrets of today`s Champions. 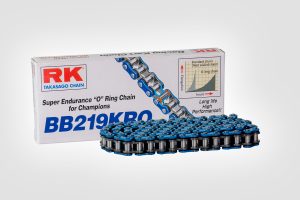 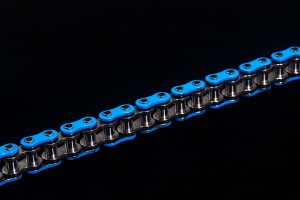 BB219KRO (Blue) made a sensational debut in 1988 as “RK Blue”.
BB219KRO has been the Champions’ choice in the highest categories such as KF class and OK class.
The latest technology is used in every component in these chains. 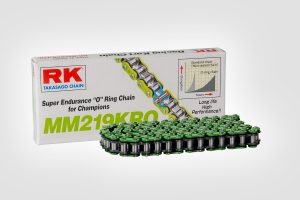 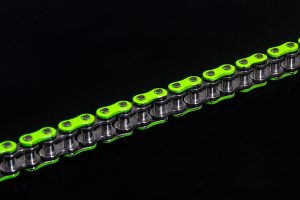 MM219KRO (Green) – world’s most popular Kart chassis manufacturer has been using the “Green” for their factory team since its debut in 2013.
The quality is self-explanatory by the results. 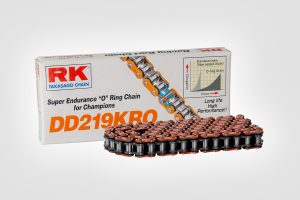 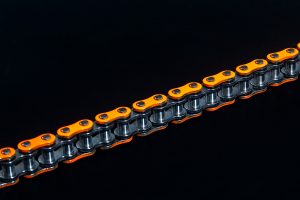 
Q&A: Frequent question about O-ring (sealed) chain
Q: Do the O-ring (sealed) chains create more friction than Non sealed (Non O-ring) chains?
A: No, absolutely not.
Friction is dramatically reduced once the chain heats up (proved by every Dyno test and by the results).
KRO’s stronger components and self-lubricant construction help race performance and a longer life. (3-4 times longer than Non sealed (Non O-ring) chains per our test data.) 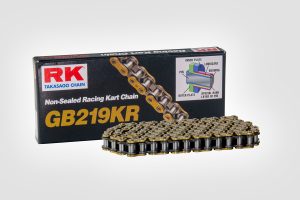 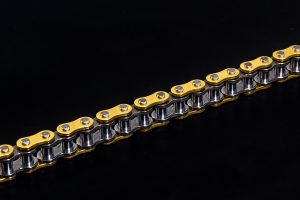